February 14th, Valentine’s day. This was the day that, during my lunch break, I decided that I would deal with Hashimoto’s persistent after-school stalking sessions. I had predicted that Kei would give me Valentine’s chocolate, so I opted to take advantage of it.

If Kei were to give me chocolate, it would have to be either in the early morning or the evening after, not during the day while we were at school. As she had only just broken up with Hirata, there was no reason for her to carry chocolates around in her bag. For her, the mere act of handing chocolates to someone would be enough to cause an uproar in the first place. So, I had intentionally turned off my cell phone the night before.

The chance of her carelessly coming into contact with me was effectively zero. Still, I opted to turn the phone off anyway in order to avoid having to make an excuse about the morning being an inconvenient time. Everything had to be completely natural when we met.

For Hashimoto, the lack of results from tailing me should’ve begun to gnaw at his patience at this point.

So, I decided to give him a hint that something was going to happen.

And that, was the secret meeting with Kei and subsequent exchange of chocolate. The reason why the meet-up was scheduled at five was because Hashimoto’s tailing sessions always lasted until just before six. And, sure enough, Hashimoto was watching, keeping tabs on me with the lobby surveillance cameras as I left the building.

Ever since he had started tailing me, this was his first inexplicable opportunity to make contact, so he boldly confronted the two of us in person. Well, the result would’ve been the same even if he had simply sat back and watched.

Hashimoto seemed satisfied with the conclusion that Kei might have been the person I had been regularly coming into contact with.

And the day after that, Hashimoto’s stalking sessions stopped. He had shifted his attention toward preparations for the end-of-year exam.

I was finally able to move freely.

I went to the school with the Valentine’s chocolate I had received from Kei still in my bag.

I met up with Hiyori Shiina at the library. Of course, the majority of our conversation consisted of idle chatter about various books.

However, my true focus was on something else entirely.

Our conversation was just a preface for the countless rumors that would spread the following day.

Rumors about Ichinose aside, Class A may be trying to pull another stunt entirely.

This was the seed that I had planted, and a few days later, that seed began to bear fruit. By purposefully selecting the belligerent Ishizaki and Ibuki as targets for the rumors, it would ideally create a volatile situation. However, that was just a bonus. Even if it had ended up developing differently, it would all turn out pretty much the same way in the end.

The truly important part came afterward. Namely, when and how the messages would be posted on the forums.

I got in contact with the person I had selected to solve these problems, vice president Kiriyama.

A second year Class B student aiming for Nagumo’s downfall.

After chatting with Hiyori at the library, I met Kiriyama at the school building after most of the students had already gone home for the day.

I revealed my entire plan, my strategy to save Ichinose.

“I see. So you’re telling me to post the rumors with my own phone? There’d be no benefit in that for me at all.”

“That’s not true. There are benefits in this for you. Acting as my intermediary in this will create a new relationship for the two of us. If I were to keep waiting for you to take action, our relationship would never move forward.”

In fact, Kiriyama had never once asked anything of me.

“Of course it wouldn’t, I seriously doubt your abilities.”

“Yes. Which is why, you shouldn’t only return the favor, but also make the other party owe you one. That way, in the off chance that an emergency takes place later on, it’ll be easier for you to rely on me. Besides, making the post on the forums wouldn’t be all bad for you.”

“Ichinose Honami is a valuable asset for the student council. It would be unfortunate for you to lose her. If you post the rumors on the forums, you’d be able to ensure her safety by getting the school involved.”

“But if I involve myself with a first-year problem and post the rumors, it would bring the credibility of the student council into question.”

“And what’s wrong with that?”

“If the credibility of the student council falls, president Nagumo would take more damage than anyone else. If you want to see his downfall, shouldn’t you be welcoming my proposal?”

“How stupid. It would be a huge problem if it was discovered that I was the one who posted the rumors. Not only would I be penalized by the school, but Nagumo might even relieve me of my position as vice president-”

“Can’t you just muddle through such a small issue with some tact? You are competing against president Nagumo, aren’t you? Or, are you saying that you’re already incapable of opposing the student council president?”

Kiriyama glowered at me, his eyes full of rage.

“According to the former student council president, Kushida has already established contact with president Nagumo.”

“Why do you…… Horikita-senpai’s really placed a lot of trust in someone like you, hasn’t he?”

“She’s one of the most well-informed students in her school-year. So in other words, the rumors spread on the forums could be explained as a strategy designed for Kushida to leak information to president Nagumo. An excuse like this would also be easily accepted by others.”

The excuse that Kushida had provided the information to Nagumo, who then instructed Kiriyama to use it to save Ichinose.

“…You’re telling me that you contacted me after thinking that far ahead?”

Kiriyama was lost in thought, imagining what would happen should he actually make the posts on the forums.

But, this still wouldn’t be enough to get his consent.

“If you turn me down here, I’ll be forced to conclude that you’ve given in to Nagumo. Or perhaps… I’ll report to the former student council president that you’re just another person who’s already been won over instead?” 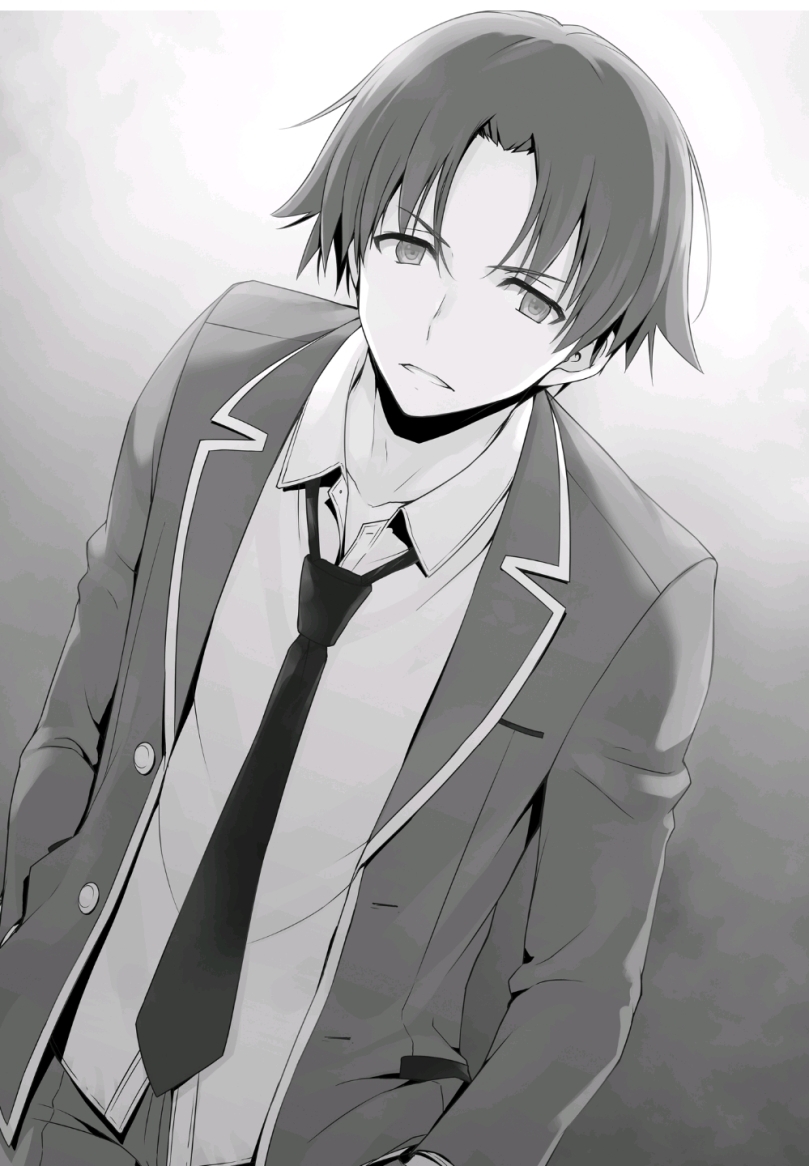 This could’ve come off as a threat, but it was the deciding factor when it came to getting Kiriyama to cooperate.

If it was put off until later, he might end up posting the messages with someone else’s cell phone.

Of course, that wouldn’t change anything, but I wanted to avoid any uncertainties in my future plans as much as possible.

Above all, it was necessary to keep in mind the possibility of Kiriyama leaking this matter to a third party as well.

“Alright. You owe me big time.”

“Thank you very much.”

I showed Kiriyama all of the rumors that I had written down in my phone and had him type them all out by hand.

After about ten minutes of work, the operation was complete.

There probably wouldn’t be any students noticing them right away, but that problem would be addressed tomorrow.

Parts 3, 4, and 5 will all be posted within the span of 24 hours from now. The reason is that they are all immensely short, with part 5 coming in at 13 sentences as the shortest of the bunch. Then there is just part 6 left of the chapter.  The way this is headed, the volume should be resolved by the 27th, so in my head, I’m on track with the ETA’s I’ve given.

Outside of my head, I intended to finish and post this last night, but I got really drunk with my sister and our friends and just passed out like a lightweight, so I lost many an hour yesterday that would have otherwise gone into this. Sorry for those who were waiting. I think I got it done fast enough anyway though, so whatever.

Allow me to take a moment to address something else, when it comes to comments, I read every single one. If you are commenting a spoiler, I will delete your comment. Please stop telling people what happens in the future volumes or chapters with explicit details. I will remove your comment. Spare us both the time.

Thanks for reading. Please let me know should you see an error in the translation or English syntax/grammar. See you tomorrow.

The currently only active translator here is me, Graze. I guess I’m currently translating Classroom of the Elite. We might pick up another series in the future, but for now we have no plans to do so.

If you want to see an update for my progress on the next part, join the Discord and take a look at my username. This is a good approximate ETA for the next update.

I try to leave pseudo-accurate ETA’s in the Translation notes of each part for the content coming up afterward, but I tend to be relatively inconsistent at times with the ETAs I leave like that. Just message me directly if you want something specific.

Let us know if you have any questions or concerns or anything like that.